Getting married according to the Pahari traditions is a gift bestowed to few and if you are a Garhwali who live in the cities or abroad then you must have wanted to get married according to the Pahari traditions. But the sad part is that you are not aware of the traditional rituals performed during the wedding. But you don’t have to worry about it as we have collected some authentic information having all the information regarding the traditional Garhwali wedding ideas so have a look at it. When the parents find a suitable match for their girl the horoscope or the janam kundali is matched to know whether they can stay happily ever after or not. 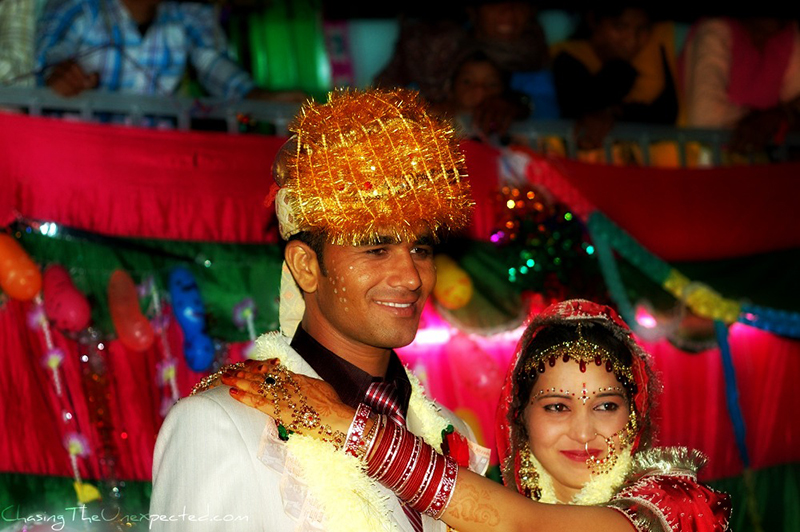 One thing that every parent notice is that the stature and family values of the bride match with grooms family or not.

When the parents agree to their marriage an engagement ceremony is celebrated in which the bride and groom exchanges rings. Few close friends and relatives are invited to the function who pay back the favour by handing money to the couple which is considered to be auspicious. 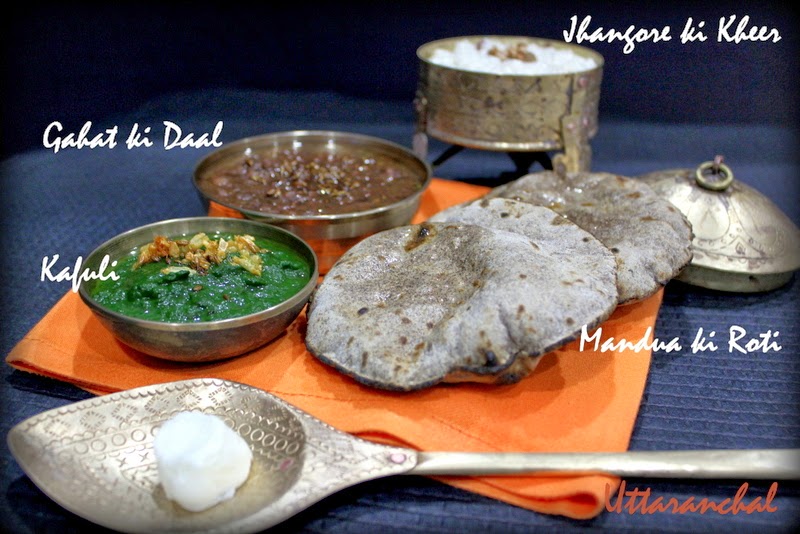 Paharis are simple people they don’t like to show off so most of the families generally conduct the function at the groom’s home where food and drinks are served to the guests. 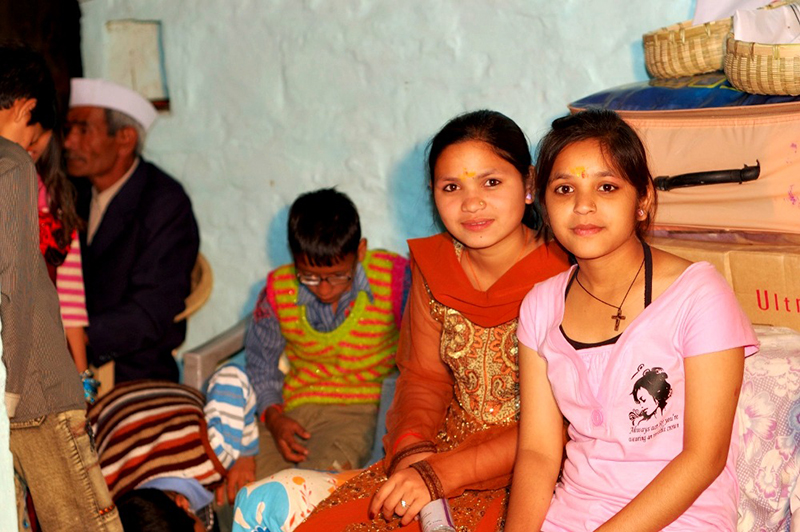 The most talked about thing in a Garhwali wedding is the beautiful traditional Tehri Nath also known as Nathuli. Either the bride’s parents or the groom’s mother sends the Tehri Nath to the bride. 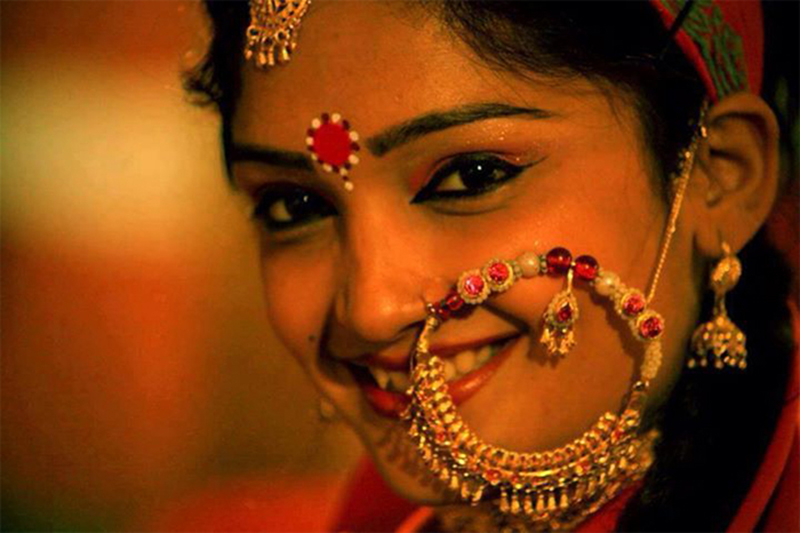 During the mehndi ceremony, intricate henna designs are made on the hands of the bride and groom. The women sing and dance to the tunes of Garhwali music and give warm blessings to the couple. 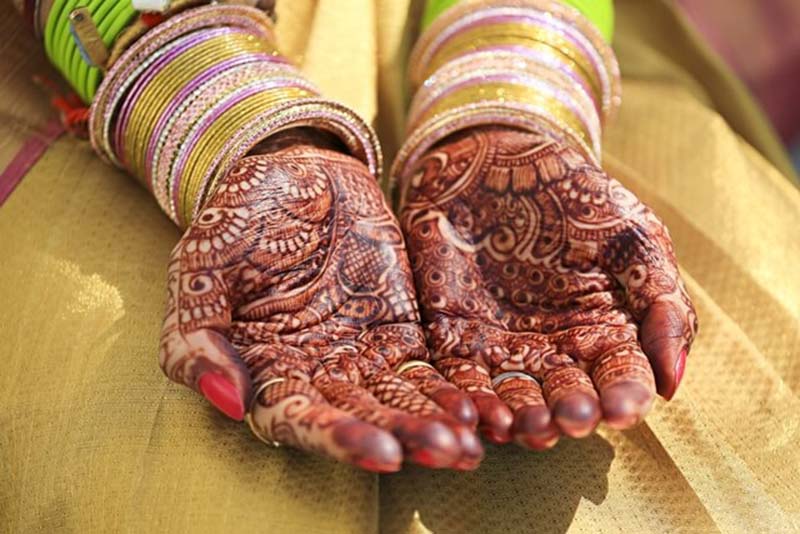 The bride adorns a lehenga with some gold and silver jewellery to accentuate her look. The groom adorns a dhoti-kurta, sherwani or a formal suit in his wedding. 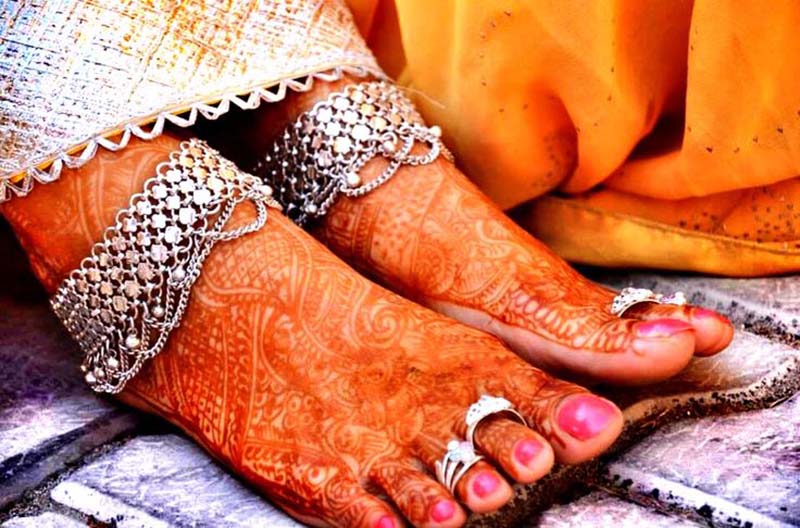 The groom who is saddled on a horse takes a grand procession called Baraat at the bride’s house. The family and friends of the groom sing, dance and make merry to celebrate the most important day of his life. 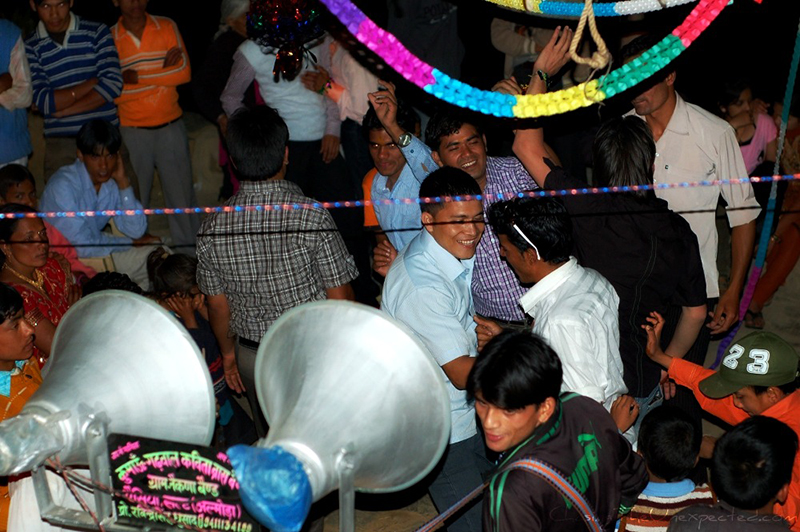 Loud music is played by the wedding band which moves with the baraat. All the baraatis or the friends and family of the groom are welcomed by the bride’s family members on their arrival. 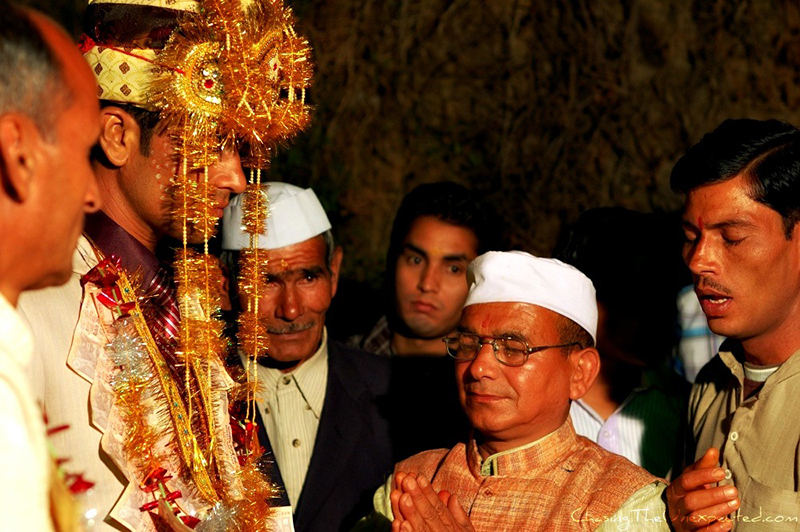 After the baraat enters the house scrumptious Indian delicacies are served to them with love.

When all the guests leave the bride and groom then have dinner together along with their close companions.

After having dinner the bride and groom sit on the mandap to get tied in a knot. 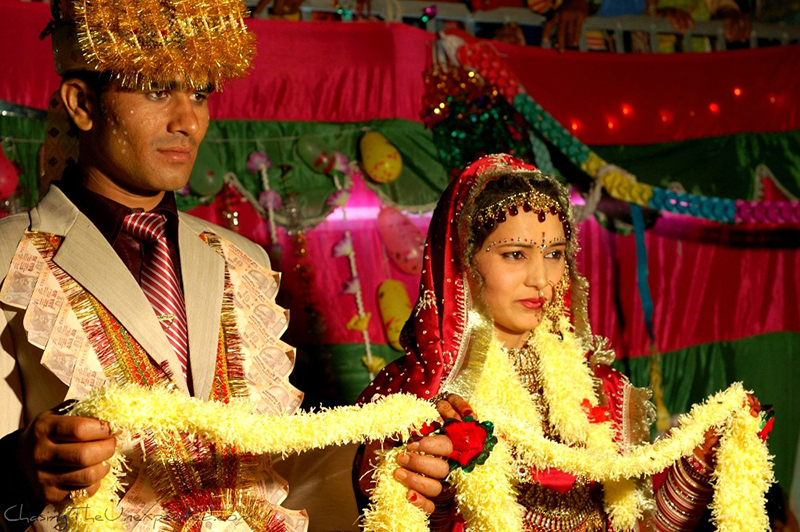 The pundit recites chants and hymns and tell the bride and groom about their duties after marriage. 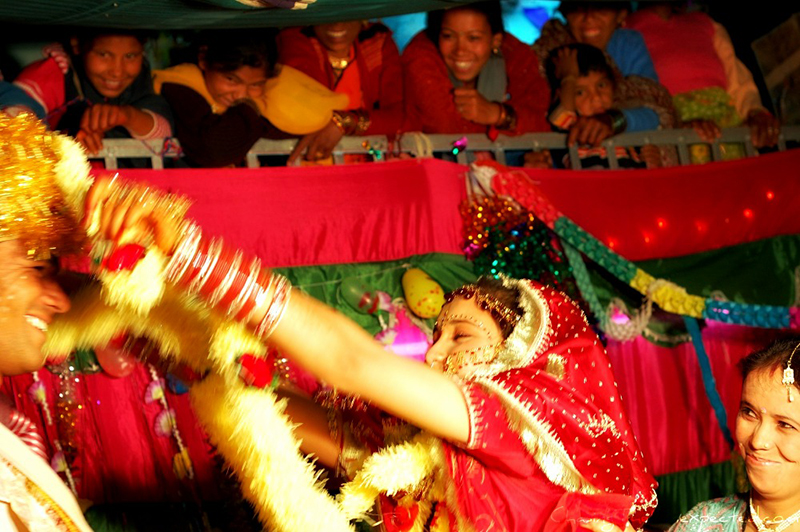 The bride and groom take feras or circle around the sacred fire to promise to stay together. 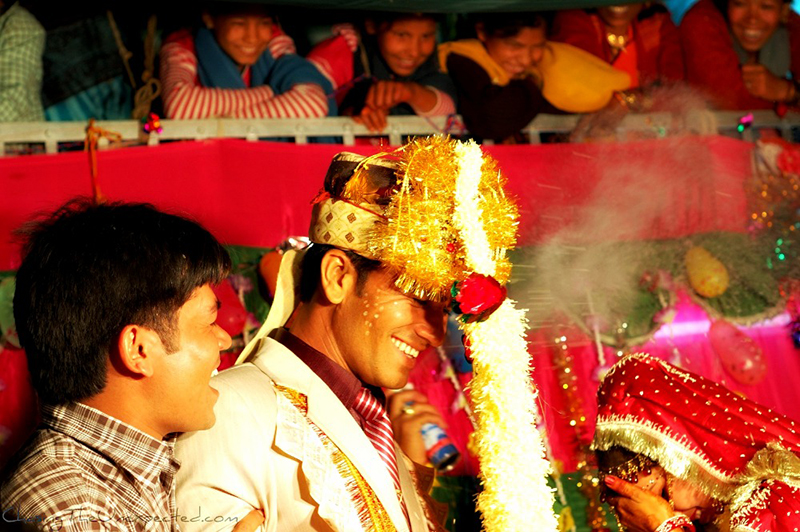 The groom puts vermilion (sindoor) on the bride’s forehead and adorns a mangal sutra around her neck.

After performing these rituals the bride and groom become husband and wife. The bride leaves her maternal home and leaves with the groom in a doli or palanquin. 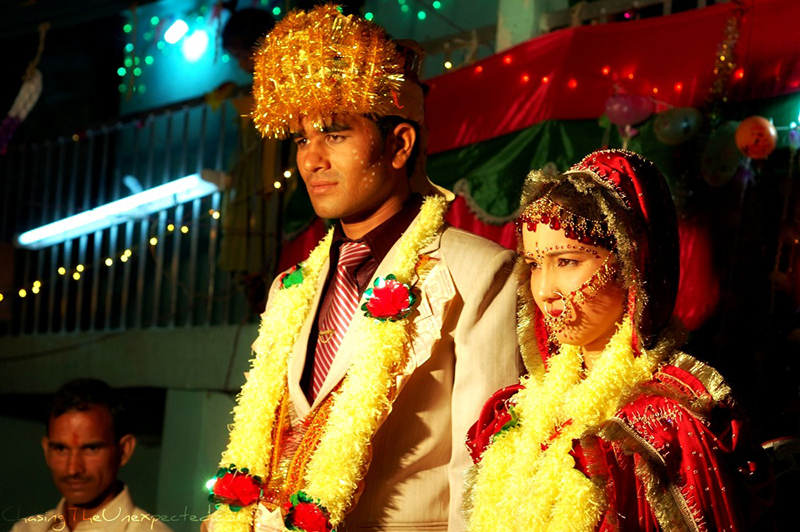