10 Crazy Situations every Pahadi must Have faced Once

If you are a Pahadi then you must have faced these situations once in life, so quickly check them out and count how many of these have you encountered so far. Now just get comfy on that sofa as the laughter express is down the line.

1. Confusing you with Nepalese and Himachalis

Since Pahadis belong to the upper reaches of the Himalayas close to Tibet and Nepal, some of them share similar facial features like them and if you have been subjected to such thing, then you are not alone my friend as we have also been there. So celebrate your beauty and exoticness.

2. Requesting you to sing or dance on Pahadi songs when you don’t know it well

Uttarakhand folk songs are amazing no doubt on that and we like to hymn that once in a while. Even those Pahadis who live in other state or country love to listen to Uttarakhand folk music but if you ask them to sing a tune or dance on a Pahadi song then they’ll be in a tight situation as they might not know it well. So stay calm and let them go with the flow.

3. Asking you to teach a few curse words in your dialect

Be it Garhwali, Kumaoni, Jaunsari or Bhotia all the Pahadi dialects are awesome and mild on the ears. Many Indian, as well as foreign tourists who visit the hills, are now eager to learn the language so they can communicate with the locals and get to learn about their culture. But only your besties can request you to throw a light on the darker side of these dialects by learning some swear words in it.

4. An alcoholic telling you that Pahadis drink a lot

‘Surya ast Pahadi mast’ cliche has been so overused that even the hardcore drinkers have the guts to say that Pahadis drink a lot. Yeah, we drink but not to the extent that we can barely walk and have to crawl back home. Also, we aren’t blessed with an iron liver that we can drink alcohol every single day.

5. A person whom you hate from the core of your heart calling you ‘Bheji’ and ‘Bhuli’

Most of us have been in this pot boiling situation in which you have been called a brother or sister by the person whom you hate a lot. What makes it more sketchy is calling it in your regional language whom you have high regards for.

6. Random people inquiring about your village, block, tehsil etc. when you know nothing about it

You can relate to it a lot better if you are a Pahadi born and brought up in another state or city. Since your family has left the hills either for work or any other reason but whenever you’ll meet another Pahadi he/she will be very excited and enthralled to know more about you. And for god’s sake if you ever come across a Pahadi uncle or aunty they will ask every nitty-gritty details about you like your village, block, tehsil and even about your family deity. So if you don’t know the answer then stare at their face for good two minutes, do namaste and silently walk away.

7. Friends calling you a ‘Fake Pahadi’ when you feel cold

For non-Pahadi friends being a Pahadi means that you can bear the winter wind without wearing a jacket because you don’t feel cold as much as they do. So when you tell them that it’s cold today, they’ll give you a smirk and call you a fake Pahadi as for them Pahadis don’t feel cold. 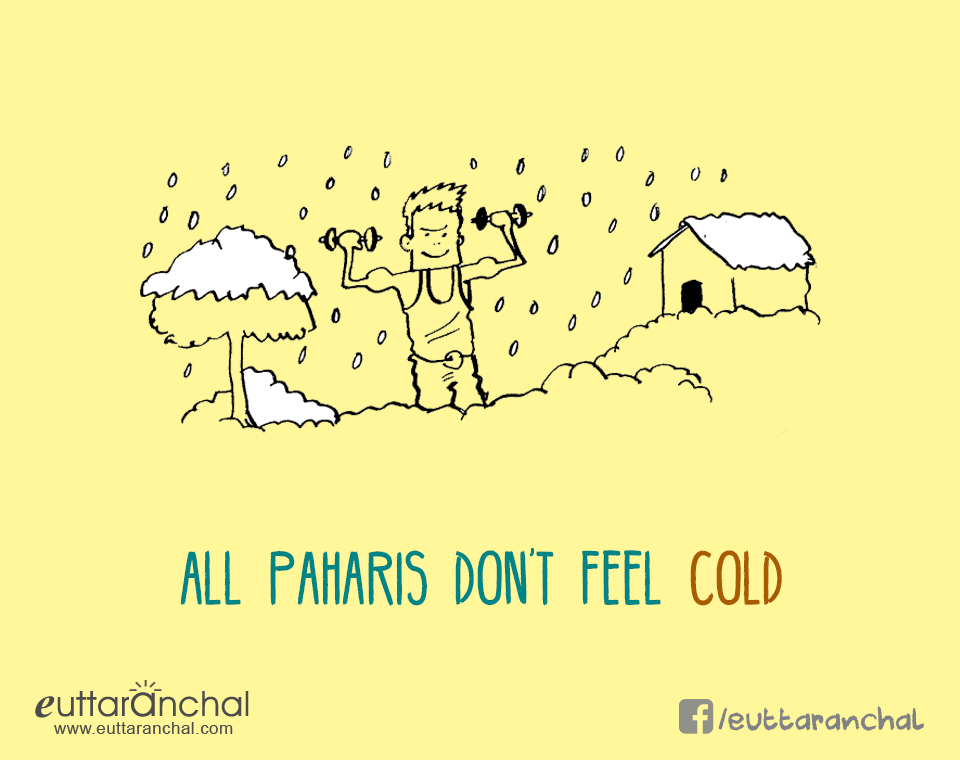 8. People mistaking you for being younger than your age:

Since we belong to the Himalayan region, we are blessed with beautiful ageless skin and that’s the reason why most people mistake us for being a younger version of ourselves. This comes as a blessing sometimes and sometimes as a bad fortune as sneaking into an ‘A’ listed action movie becomes a tough task. So don’t forget to take your ID proof along and also convince the officials that the one in the picture is actually you.

9. Non-Pahadi friends speculating that you must have smoked weed once:

There is a false picture of Uttarakhand hills in the minds of people which makes them believe that every village or town of Uttarakhand grows Marijuana. The actual fact being that there are strict rules and regulations for Marijuana farming in Uttarakhand. But still, there are many people who think that we are always having a gala time with your Pahadis homies with that roll of joint clutched between our fingers but that’s not the case man!

10. People asking you how do Pahadis make houses on the hills?

Not once but a lot of times people come up and ask how do you build houses on the steep hills, don’t they glide and fall? If you too are sick and tired of this question, then tell them to visit the hills for once and they’ll get all the answers to their questions. 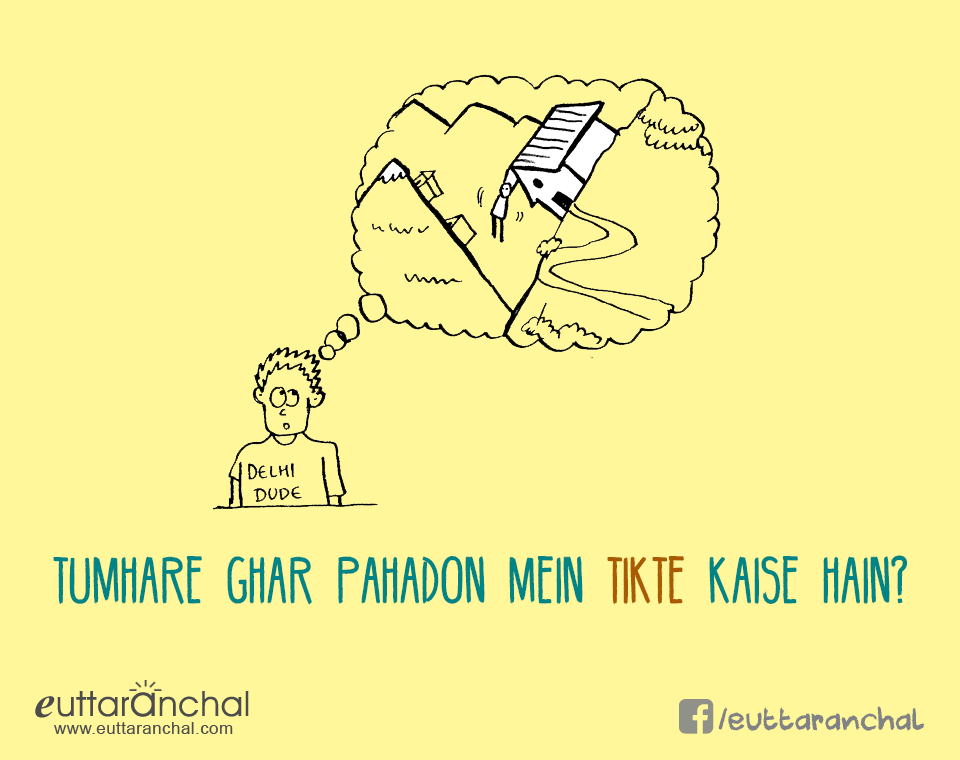 Leave a Comment or Suggestions on "10 Crazy Situations every Pahadi must Have faced Once, Funny Pahadi"